Head injury in sports: is enough being done? 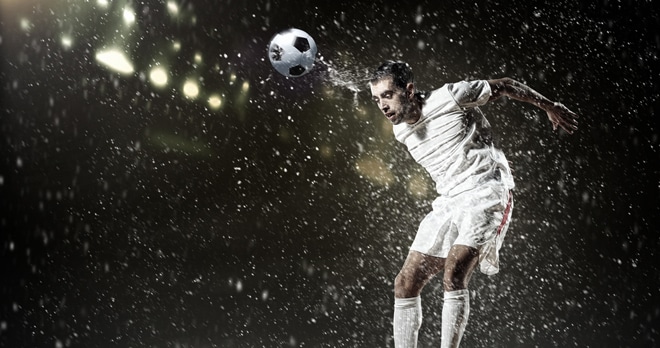 A Diffuse Axonal Injury (DAI) is a brain injury in which damage in the form of extensive lesions in white matter tracts occurs over a widespread area. DAI is one of the most common and devastating types of traumatic brain injury, and is a major cause of unconsciousness and persistent vegetative state after head trauma.

In October 2014, Jules Bianchi, a Formula One driver, lost control of his car in the Japanese Grand Prix and careered into a crane which was moving another car from the dirt trap. He suffered a serious diffuse axonal injury and has been in a medically induced coma since. His neurological status remains unchanged. He is still unconscious and in a critical condition.

While what happened to Bianchi was dramatic, it is crucial to remember that even a minor blow to the head can result in injury, quite often a concussion.

Concussion in sport has recently featured in the news when Mike Brown, an England Rugby full back, suffered a concussion during the Six Nations match against Italy in February. He suffered a heavy blow and was ruled out for two weeks following.

The week before, also in a Six Nations match between England and Wales, George North suffered a blow to the head. The TV replays clearly show him knocked out, falling face first on to the pitch. Despite this head injury, which was his second during this match after a kick to the head in the first half, he played on for the remainder of the match. The medical staff later said that they had missed the incident. George was left out of the next match to allow an extended recovery time.

The medical term for concussion is minor traumatic brain injury.

Symptoms of concussion include:

What is being done to help?

While many sports remain rife with reports of concussion and other head injuries, in August 2014 the Premier League introduced a new set of rules to cover a potentially concussed player. The drawback is that though this may assist in some matches, it does not cover the lower leagues in football.

A campaign was set up to convince the Football Association to reconsider the way in which concussion is currently dealt with. This was introduced after the passing away of former West Bromwich Albion, Notts County and England striker Jeff Astle, aged 59, from a brain condition normally linked to boxing. This arose from heading a heavy leather football throughout his career.

The FA are also looking at having a “tunnel doctor” who will assist both teams in detecting possible concussions to make sure that any injured player can be medically examined at the earliest possibility.

Could more be done?

One potential way to assist would be to take a lead from the National Football League (NFL), who have invested heavily into concussion and awareness. They have engaged an independent doctor to observe matches via a TV screen, and to raise an alert if any player shows signs of being concussed. The player can then be removed from the pitch.

We advise anyone who is concerned over a possible concussive injury to seek advice from their doctor at the earliest possible opportunity.