By Catherine Hawkes and Constance Moon

The UK's innovative and fast-growing tech sector has proved itself to be resilient to threats such as the Covid-19 pandemic and Brexit, yet there continues to be a lack of diversity when it comes to technology roles.

According to techUK, only 8.5% of senior leaders in UK tech are from ethnic minority groups, 16% of IT professionals are female and 9% of all IT specialists have a disability.

However, even those who have adopted diversity initiatives often overlook certain characteristics, typically age.

Ageism in tech is often unchallenged due to stereotypes of older workers not being tech savvy. There is systemic ageism in hiring practices and millennials in tech companies receive a higher proportion of promotions.

For the first time in contemporary history, there are four generations in the workforce – baby boomers, generation X, millennials and generation Z, ranging from late teens to early 80s. With conflicting backgrounds, formative life experiences and expectations of work, managing such an age-diverse workforce is not without its challenges.

However, there are many benefits to employing a team that spans multiple generations, offering unique perspectives and bringing different strengths to the table. Generational diversity can improve understanding of different audiences, problem solving, and provide learning and mentoring opportunities.

Tech is relevant to all sectors across the economy and society, from the way we work to the way we socialise and connect with others. It is crucial that the tech industry involves a diverse workforce from all ages and walks of life that represents the global tech user and brings together different insights to improve the user experience.

Age discrimination and the law

No minimum length of employment is necessary to make a claim for age discrimination. However, unlike other protected characteristics, it is possible to objectively justify direct age discrimination where an employer can show its treatment is a proportionate means of achieving a legitimate aim. An employer must show both that there is a legitimate aim such as a good business reason and that its actions are proportionate, appropriate, and necessary. An employer must balance its business need against the discriminatory effect on affected employees.

This case concerned unconscious bias in the workplace. Ms Sunderland was an expert designer with over 30 years’ experience in the fashion industry and she joined the Superdry team as a designer in 2015. Ms Sunderland’s claim centred on complaints that Superdry failed to promote her or give her the job title of Lead Designer and overworked her, whilst recruiting and promoting younger individuals, which undermined her standing in the team.

The Employment Tribunal found that Superdry had treated Ms Sutherland unfairly because of her age and management’s assumption that her flight risk was low compared to younger employees. Superdry was ordered to pay Ms Sutherland £96,208.70 in compensation for unfair dismissal and age discrimination, to include compensation for injury to feelings and financial losses caused by the discrimination.

In the recent case of McCabe v Selazar, a finance executive at a start-up technology business, then 55, won an age discrimination claim after her younger boss Mr Williams, then 29, told her to “calm down, don’t let the hormones get out of control”. After Mrs McCabe raised a series of concerns about how staff were being treated, Mr Williams removed her as a company director and eventually dismissed her.

The Employment Tribunal concluded that Mr Williams viewed older people as “not familiar” with the IT business and regarded Mrs McCabe as “a menopausal woman”. Mr Williams was ordered to pay Mrs McCabe £125,604.98 in compensation for injury to feelings (which amounted to £23,235.07), past and future loss, wrongful dismissal, unfair dismissal and an ACAS uplift.

Diversity and inclusion should be a key theme on an employer’s agenda.

The above cases are a helpful reminder about what employers should not do. Below are some key practical takeaways: In this edition of the Legal Thinking podcast Ed and Liam speak with Holli Rubin, a psychotherapist and counsellor at The Soke, and our own Catherine Hawkes, an Associate in our Employment team, about the need for more recognition of the effects of menopause on women and why it's a good thing for everyone that these issues are addressed.

More from this edition of Ahead of The Curve AI in the workplace: can technology manage people?
Unintentional consequences of AI decision making can include bias, discrimination, unfair treatment, and risk employment tribunal claims being brought against an employer. Avoiding age discrimination in the workplace: A guide for the technology industry
The UK's innovative and fast-growing tech sector has proved itself to be resilient to threats such as the Covid-19 pandemic and Brexit, yet there continues to be a lack of diversity when it comes to technology roles. HigherSteaks: reinventing meat
Innovation in agriculture is a hot topic - For this issue of our magazine, we spoke to Dr Ruth Faram, Co-Founder and Chief Scientific Officer at HigherSteaks, a company founded with an ambitious mission to transform the global food system.

City Farm Systems: growing to order, at the point of need
It is an old and well-used adage that the last mile of delivery is the most expensive one. Consider how much higher this must be for perishable, fragile goods such as lettuce and herbs. For this article, we spoke with a man who offering his own solution to this growing problem. Technology and Media
Legal advice for the tech and innovation sector. We want to help you press forward with your ideas and grow them into a bigger and more sustainable business. 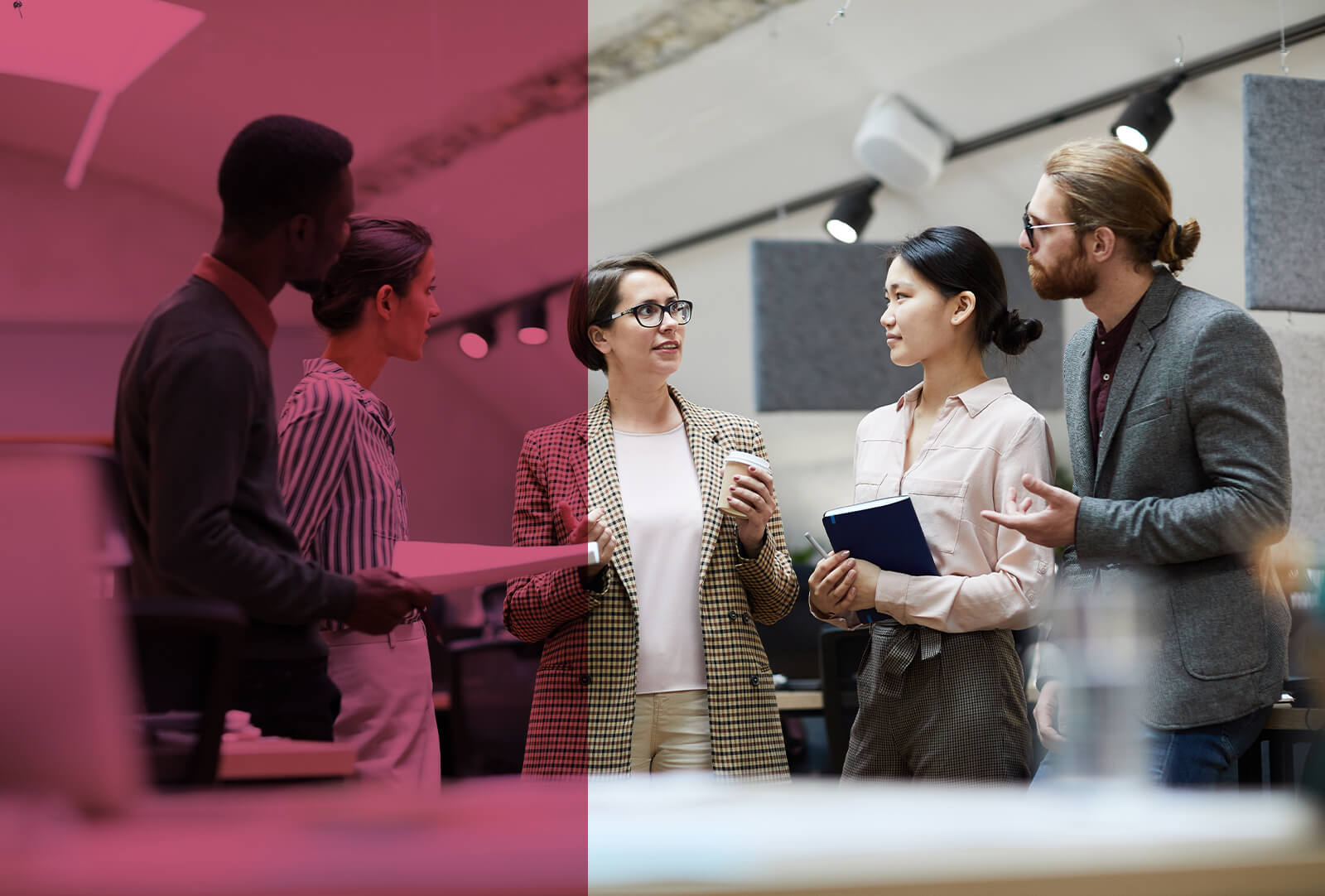 Equality, Diversity, Inclusion & Wellbeing
We are committed to creating a work culture where we celebrate the differences in our people. We use our shared knowledge and experiences to grow our business and meet the needs of our clients.
Test Popup
We use cookies on our website to give you the most relevant experience by remembering your preferences and repeat visits. By clicking “Accept”, you consent to the use of ALL the cookies. However you may visit Cookie Settings to provide a controlled consent.
Cookie settingsACCEPT
Manage consent