Should you sue the NHS? It’s an emotive topic, and one that usually elicits a range of reactions. However, everyone who suffers an injury as a result of a negligent action or inaction has the right to sue for damages under the principle of tort. Indeed, thousands of people are injured on the road or street and pursue a claim against the negligent person’s or parties’ insurers.

If someone suffers as a result of negligent treatment in a hospital they have this same right. However, some people hold significantly different views about suing an insurer than they do about suing the NHS.

Why do people sue the NHS?

The NHS received notification of 10,673 new clinical negligence claims in 2017/18. The NHS has conducted its own research into why people make these claims, and almost two thirds (63%) of respondents felt that no explanation for why an incident occurred was given to them. The majority of those who received an explanation waited ten days or more following the incident.

So, why would this cause people to sue? Staggeringly, the majority (71%) of respondents did not think that their healthcare provider undertook any actions to investigate the incident in the first place. Of those who did complain the majority (69-75%) rated the response to their complaint as ‘poor or very poor’ in terms of accuracy, empathy, speed of the response and level of detail.

Under these circumstances, it is clear that many find the only way to get real answers and redress is to bring legal action.

A perspective on suing the NHS

Given the legal right then, and the numbers of people who claim, do you think it’s right that someone should sue?

“I wouldn’t dream of suing the NHS” is usually what people say. However, they often haven’t been unfortunate enough to find themselves in the following situations.

One example concerns a client of ours who had gone into hospital for what she thought was a routine operation with few risks. Unfortunately things didn’t go to plan, and following the surgery she was still unable to work. She accessed the hospitals complaint system through PALS (Patient Advice and Liaison Service) but didn’t get any answers. She therefore consulted us and we considered that the operation had been performed negligently.

Our client didn’t initially want to instruct lawyers but, being unable to work, she was under extreme financial pressures. We were able to obtain evidence that another operation could put her back in the position she would have been, but for the negligent operation. Despite being presented with our findings the NHS, through NHS Resolution, denied liability meaning our client remained in the NHS system on a long waiting list.

We pressed on and ended up issuing legal proceedings. Just after this, NHS Resolution, via their solicitors, accepted liability and that, but for the negligence, our client would otherwise have recovered swiftly and been able to return to work. She now had almost three years of lost earnings and pain and suffering that was unnecessary.

So in this case the NHS made a negligent error, the NHS denied it and then, at the eleventh hour, admitted its responsibility. Had the NHS done all of this earlier, the settlement would have been much reduced and perhaps, this client would not have sued at all. Sadly, this experience is not unusual.

We have recently secured £15.1m for a person injured at birth and left with significant disabilities. She now has enough money to pay for 24-hour care that the NHS agrees she needs as a result of its negligence. She will also have a home that she can access which the NHS agrees she needs as a result of their negligence. She has been compensated for the pain and suffering which the NHS admits she would not have suffered but for the negligent treatment. And, finally, she now has compensation for the loss of income that she would have earned but for the NHS’ negligence.

It’s also worth remembering the legal test that all claimant solicitors have to prove when bringing a negligence claim – that a medical practitioner has breached their duty of care, and not exercised a reasonable standard of skill or care when treating someone. This is not an easy hurdle to overcome; the standard requires other medics who are prepared to stand up in court and say that their colleagues’ actions are so bad as to be classed as negligent.

How much does negligence actually cost the NHS?

Perhaps the main bone of contention when it comes to suing the NHS is that it stretches an already pressured public service.

Putting aside the fact that it is not clinical negligence solicitors who have caused these budgets to be stretched, it is worth identifying the real scale of the NHS’s negligence bill. Big numbers make impressive headlines, but what do they mean in context?

The NHS is self-insured and has a body called NHS Resolution which collects almost £2bn a year from its members, which are the NHS Trusts, and in 2015-16 spending on clinical negligence claims was 1.8% of Trusts’ income. The overall NHS budget for the NHS in 2017-18 was £124.7bn, to give you an example of what NHS England sets aside for these claims the next time you see the headlines.

The NHS is an emotive subject. We all have, and will, come into contact with it. No doubt we are lucky to have it but it is funded by us as the taxpayer and so when people are treated negligently it is vital that compensation is payable. The NHS should not escape that responsibility, surely? Opinion  |  13:02:18
Lawyers aren’t bankrupting the NHS – here’s what is…
Simon Elliman explores whether greedy claimants or their greedier lawyers are causing the NHS to “go broke” (as Donald Trump might put it). Here’s a hint: it’s neither of them. Opinion  |  17:09:19
The Statutory Duty of Candour – is it making any difference to patient safety?
The duty of candour was designed to ensure hospitals deliver an open and honest account when things go wrong - is this happening though? Kerstin Scheel reviews how the duty has been implemented so far. 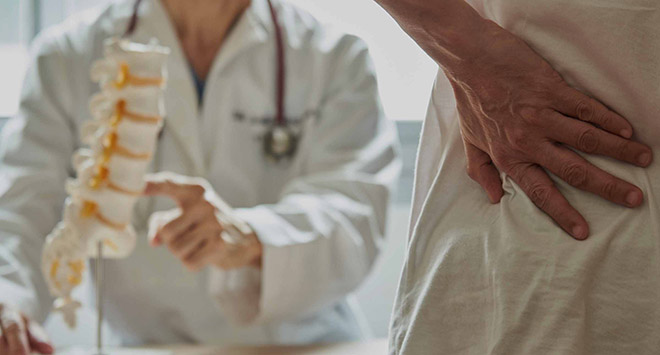 Have any questions for our medical negligence team?

If you have been injured as a result of negligent medical treatment, our specialist team are here to help explain your legal options.