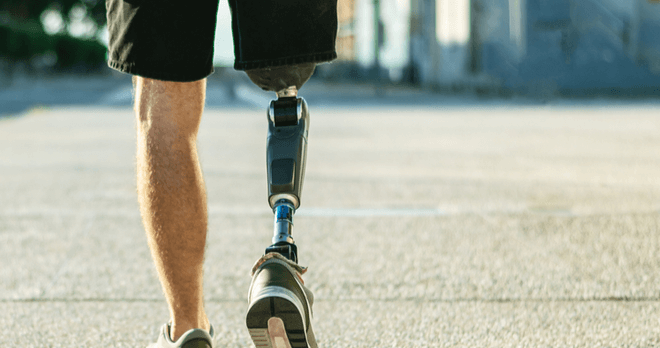 Technology used in prosthetics doesn’t stand still for long. There are different types of foot and ankle prostheses available for transfemoral and transtibial amputees.

Until a ground-breaking powered system came on the scene a few years ago (then known as the ‘BiOM’, and currently known as ‘Empower’), only ‘passive technology’ was available.

The unique feature of the powered system used in Empower – currently available in the UK via Ottobock – is that it has an actively driven ankle joint. Sensors calculate in real time how much power is needed for each step. They regulate the exact amount of power needed to push off and move forward step by step, taking into account the particular terrain.

Jamie Gillespie, amputee turned Clinical Specialist Prosthetist who works with PACE Rehabilitation, and who has been involved in fitting microprocessor-controlled feet since 2005, says:

“This remains the only powered foot and ankle system available. It’s different from other electronic and microprocessor-controlled feet in that it actively provides powered propulsion with every step, mimicking the absent or inactive calf muscle.”

“When first introduced into the UK, an independent gait lab ran clinical trials to analyse the biomechanics of the new technology. These found clear positive trends”.

Tests showed that amputees were walking faster with less perceived energy, and there was improvement in most cases in the extent to which there was symmetry between the amputated and non-amputated leg. The more natural and even gait in turn gives rise to reduced joint strain and less risk of developing conditions such as knee osteoarthritis.

The opportunity for a more natural and even gait means the system is particularly suitable for active individuals who want to be able to cover longer distances at a good walking speed, in a variety of situations indoors and outdoors, including uneven terrain, slopes and stairs.

The drawbacks of the Empower system

There are some downsides. Jamie says “it’s certainly not for everyone but I believe it does have its place”.

First, the pre-conditions to using the system: the user must not weigh more than 130 kg. The mechanics also aren’t waterproof so cannot be submerged, though it can cope with a shallow puddle or walking in the rain, and currently it is not for running on.

The Empower (made of carbon) is also heavy, noisy and requires battery management (depending on use, the battery lasts up to eight hrs so needs to be replaced every day).

Then there is the expense. A complete below knee prosthesis with Empower foot will put you back by around £80,000.

The design has moved on since it was first introduced into the UK and it will be interesting to see how it develops further and how new designs may mean amputees can choose to have a bionic foot which is water-friendly and capable of being used not just for walking but also for running.

In my experience, one of the features of pursuing a claim is that clients don’t need to rely on NHS provision for their therapies or prostheses. Compensation awarded means they can seek out newer or more sophisticated technology than would otherwise be available to them, to maximise their mobility and their ability to pursue the lifestyle they want. For those for whom the Empower is the right prosthetic, and who have been able to get the necessary funding, this invention has been a really positive development; I look forward to seeing it develop further.

If you have suffered limb loss as a result of negligent treatment or an accident, and want to find out whether you can make a claim for compensation, please contact our team today. 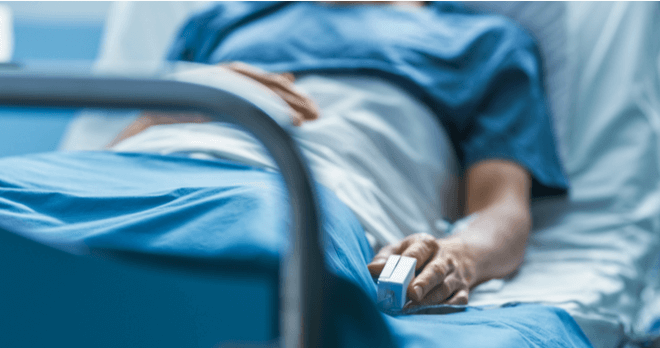