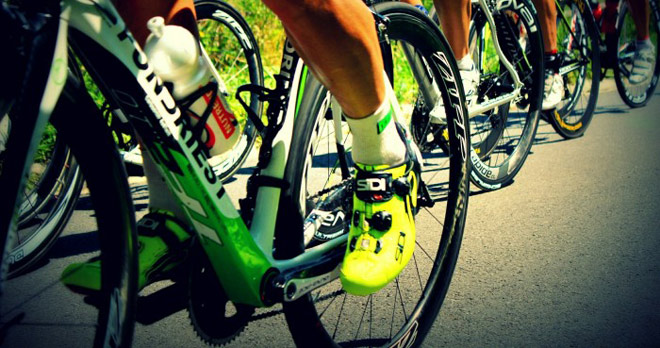 We often represent individuals who are injured after being hit by a foreign driver on a cycling holiday and have put together a few examples from our experience to help you understand your rights and what to think about when making a foreign cycling accident claim.

Where would the court proceedings take place?

In very simple terms, if a road traffic accident happened in Europe you can sue in the courts of your home country. That is the benefit of a piece of European legislation known colloquially as Rome II.

If the accident happened outside Europe the claim will have be made in that country. There are exceptions to this rule which can be explained by your specialist cycling solicitor.

Interestingly even if the claim can be made in your home court it is the law of the country where the accident happened that should be applied. This may be helpful because in some countries eligibility for compensation is more relaxed than in this country.

Injured cyclists often have the option of bringing a personal injury action against the negligent motorist's insurer directly. Where an accident occurs abroad and the insurer is based outside England and Wales but inside the EU, helpful rules on jurisdiction often permit English courts to determine claims, which can be of great benefit to English cyclists.

If you were injured during a cycling trip as part of a package holiday then your approach is more straightforward. This is thanks to a regulation implemented to deal with differences in approach between European countries regarding travel services and packages. This directive places responsibility on the package tour provider.

However as holiday makers have become more confident travellers, the type of ‘package holiday’ being sold has changed. The issue is that the broad European directive, which places the obligation on the tour provider, is pinned to the definition of a ‘package holiday’.

This needs some more careful scrutiny.

Travel agents and tour operators may seek to avoid the obligation by offering a slightly different package. However the ATOL Regulations 2012 protect those travelling on something called a 'Flight-Plus' arrangement, which might more accurately reflect the reality of modern day cycling holidays. This provides protection whenever a flight out of the UK is sold with accommodation and/or car hire outside of the UK.

Claims under the Package Holiday Regulations act are commonly made on the basis that an accident was caused by 'a failure to perform the contract or the improper performance of the contract'. For example, providing unsuitable bike hire, or a failure in exercising reasonable care and skill when leading a group ride as part of a trip.

There are statutory defences which should be considered on a case by case basis. Such claims for package holidays should fall under ‘the Package Travel, Package Holidays and Package Tours Regulations 1992’, and should be brought at home in England or Wales.

The remedies available to an injured cyclist differ depending on the nature of the claim they pursue. It is often vitally important for your specialist cycling injury solicitor at home to consult with a solicitor in the country where the accident occurs to compare the approach in that country to the approach in England and Wales for awarding damages. This is obviously going to be a very important consideration in deciding the country in which to bring the claim.

If an accident is caused by uninsured or ‘hit and run’ drivers in this country the Motor Insurers Bureau that will pay compensation subject to short and strict time limits. If this type of accident happens in Europe then the MIB will again in principle pay compensation.

Where a similar accident happens in other countries then local law applies and your foreign accident solicitor should advise on eligibility for compensation.

If you’ve been involved in a cycling accident whilst abroad then you can always contact our team of specialist cycling solicitors to discuss bringing a compensation claim.

how we can help

Find out more about our personal injury expertise Get in touch with our injury team today to find out more about how we might be able to help you make a compensation claim.