Cyclists v motorists – who should bear the burden of proof? 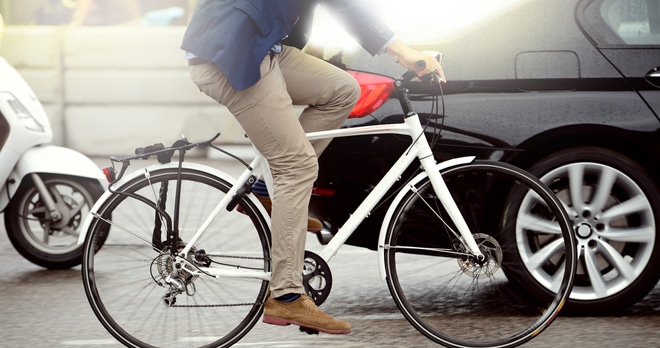 What is the proposed change?

As it stands, the burden of proof is on the injured pedestrian or cyclist (vulnerable road users) to prove the motor vehicle involved in a collision was negligent or at fault in causing the collision.

If the change called for by Chris Boardman was introduced, there would be strict liability i.e. responsibility would rest with the driver of the motor vehicle unless it could be proved that the negligent actions of the cyclist (or pedestrian) caused the accident.

This would mean that drivers’ insurance companies would be responsible for paying compensation due to injured cyclists and pedestrians, unless it was proved that the victim caused the collision.

The knee-jerk reaction from most motorists would be to question why the law should be changed so that they become responsible for proving their innocence. We know this likely to be a widely held view since cars are a far more popular mode of transport than bicycles for the majority of journeys.

The arguments in favour of Chris Boardman’s proposal, which are supported by many cyclists and charities such as RoadPeace, are as follows:

As a lawyer and a keen cyclist myself, I believe it would be a positive move to implement this change for all of the above reasons. Now is a good opportunity for the Government to show that we are committed to improving the safety of vulnerable road users and encouraging people to make more journeys on foot or by bike.