Could a reduction in Stamp Duty Land Tax help kick-start the property market? 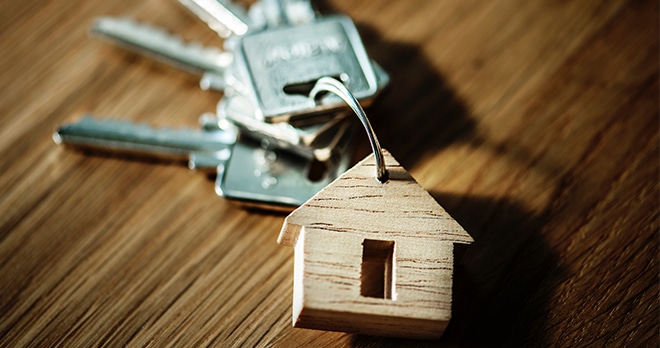 A reduction in Stamp Duty Land Tax (SDLT) would be a welcome incentive for buyers who might otherwise delay moving house or perhaps decide to embark upon home improvements as an alternative.

While the lockdown restrictions and the inability to view houses is undoubtedly a key contributor to the current stagnation the sector is experiencing, without some form of government incentive, this situation may well continue after the restrictions lift, as people recover from the hardship suffered during these unprecedented times.

Many believe that once the lockdown restrictions are lifted, this in itself will cause a surge perhaps fuelled by the lockdown experience. A lot of commentators predict that there will be a huge cultural shift in the UK workforce, as many businesses will have adapted to allow their workforce to work remotely. It is easy to see that once restrictions lift, people will look for properties that can accommodate their home working requirements.

Many first time buyers cooped up with their parents will no doubt be spending their days and nights searching the market for a space to call their own - if only to avoid having to watch re-runs of Countdown and Antiques Roadshow.

While there may be a surge, clearly a little incentive or perhaps "reward" would go a long way. An SDLT break or reduction would certainly help those that have suffered to replenish the vital deposits and savings they had worked hard to accumulate.

First time buyers should clearly continue to benefit from relief, but if we are to kick-start the sector others will need to benefit too. There is clearly an argument for a complete break in the sub £250k market, but one might go a step further and extend that to the sub £500k market. This would help fuel those looking to make their second or third move, otherwise we may find the incentive has limited effect given many chains involve at least three or four properties, each often differing significantly in value.

What then for those looking to buy above £250k or dare we say £500k? A complete break would seem unlikely, but a reduction (and a significant one at that) should be seriously considered. While this may be frowned upon by some, we should remember that the London market is often referred to as the lead domino. If it stalls, the rest of the national markets tend to stall as the effect ripples out. By temporarily reducing the top rates down to, say, where they were a few years ago, this might give the London market the kick-start it needs to get back on track.

The most controversial of all would be temporarily scrapping the 3% surcharge on second homes. Given the strain that the Government is going to be under after hundreds of billions of funding for the furlough scheme, they need to think long term. By making it easier for people to invest in properties, we could boost the housing market - and longer term, could help to reduce the reliance on state pensions and benefits. The added benefit is that, by making investing in property easier, this increases demand which increase market strength and prevents a market downturn.

We say "controversial" because typically such properties, widely known as "buy-to-lets", are the smaller affordable properties which are attractive within the mainstream letting market. By definition these properties are also attractive to first time buyers who historically have struggled to complete as prices become inflated. This would need to be considered carefully. Perhaps any break here would be for the shortest period, so as to come to end as lenders re-introduce their higher loan to value (LTV) products which for many have been temporarily withdrawn from the market.

None of these solutions need to be long term. However, there has to be some merit in an SDLT reduction, perhaps for period of 6 -12 months after restrictions lift, to give the housing market and the industry centred around it an economic kick start?

But what about longer term?

Pre COVID-19 estate agents were already commenting that the higher SDLT rates were adversely affecting the market, particularly in and around London – as such many will say the higher rates should be reduced permanently. Others will argue that those able to buy multi-million pounds properties can afford it. However, in our view it's not as black and white as that.

If the buyer is genuinely a multi-millionaire with numerous houses dotted around the world, then the higher rates may not be such a deterrent. However, for many living and working close to the capital and other major cities and commuter belts across the country, the family home is their only home and often the only or principal asset– is it right that they should be hit in the same way? Or is it perhaps time for a radical overhaul?

Our view is that the higher rates are too high. The Government openly acknowledge the revenue generated from SDLT has exceeded their expectations, albeit that largely stems from the surcharge payable on additional homes introduced in 2016. As such perhaps SDLT on your main residence (which for many is their only residence) should be means tested or in some way linked to income tax bands or household incomes. So, for example rather than fixing the SDLT rate for all, you simply have multiple rates within each rate band. The rate you pay will be governed by your means or income. This may be a discussion for another day - but in the meantime we are here and would reiterate that it is still possible to carry out and deal with all the legal due diligence required to buy and sell residential property.

We are working with clients and agents alike to make sure that we are doing all we can to minimise the disruption as much as possible during this challenging time. It is still possible to exchange contracts with completion dates to be agreed after the restrictions lift.

Stay well and enjoy your house hunting... or re-runs of Countdown!