Once again, frontline staff are blamed for institutional failings in the NHS – it has to stop 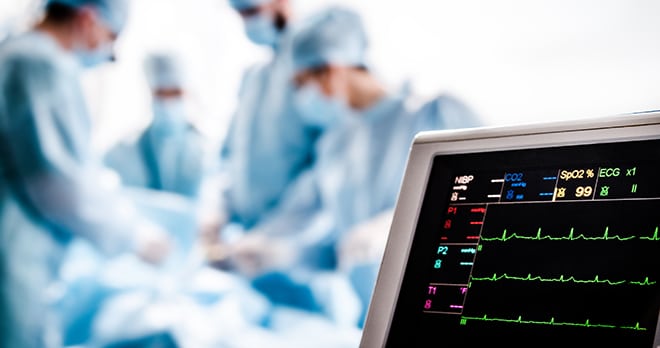 Cardiac surgery is a very skilled branch of the medical profession, and surgeons in this field are frequently dealing with life or death situations. Therefore, when you have a heart procedure, you want to know that the team responsible for your care are at least acting professionally.

This was not the case at St George’s hospital in London. A recently leaked (and latterly published) document summarising the findings of an independent review of the Cardiac Surgery Service found that feuding surgeons, and inadequate internal scrutiny, contributed to a higher death rate at the hospital. Two camps within the Cardiac Surgery Unit were described as being involved in toxic feuds and “tribal-like activity”. The atmosphere in the department led staff to feel like a higher death rate was “inevitable”, and this appears to be borne out by a mortality rate of 3.7% - nearly double the national average.

The report indicates that the higher mortality rate was due to a combination of personal and institutional failings. For example, where one surgeon achieved a 10% mortality rate for one operation series, the underlying reasons still hadn’t been investigated after the 3rd death.

It is clear from the report that there were many warning signs, which should have prompted the Trust to act far sooner. A combination of budgetary, staffing and personal pressures appears to have created something akin to a “perfect storm”, with sadly catastrophic results.

Since the report was leaked, a prominent member of the Cardiac Surgery Unit has had her suspension overturned by the High Court. The surgeon, who claims to have raised concerns about management and safety for years, said she was victimised as a result of flagging the unit’s failings to senior management.

A culture of fear in the NHS?

There are echoes here of the Gosport scandal, where potential  whistle-blowers felt compelled to keep quiet due to the culture of fear, and the tendency to cover-up (and thereby normalise) sub-standard practices.

Whilst there is almost certainly a need for surgeons at St George’s to reflect on their individual practice, it is the wider cultural implications which most concern me. An anonymous NHS Consultant, writing about the Gosport scandal in the Independent earlier this year, put it best:

“[Culture change] must come from within the organisation and run through its fabric. Within the NHS there are inherent conflicts that continue to stifle the open culture that we seek. These include both psychological conflicts (fear of senior colleagues, interpersonal relationships) and organisational or corporate conflicts (fear of reputational damage for instance). Until we openly discuss and address these issues, we will never achieve the culture we desire.”

I cannot imagine that patient safety at St George’s hospital would have been compromised to such a degree if it weren’t for the unhealthy organisational culture, the lack of transparency and effective oversight, and the scape-goating of individual staff. In such an environment, sub-standard practice is hidden and bad habits become entrenched. And it is the patients who suffer.

The NHS needs to pay more than lip-service to cultural change. This latest report concerning the Cardiac Surgery Unit at St George’s Hospital, and the events which followed, is yet further evidence that a wholescale cultural shift is needed. Like the (extremely brave) NHS consultant above, I want the NHS to be an institution where poor care is shunned, and speaking up is the norm. Otherwise, patient safety will continue to suffer, and we won’t know about it until it is too late.

how we can help If you think you have a claim for medical negligence, please contact our enquiries team to see if we can help you.